Campbeltown is Scotland’s most underrated town – there I’ve said it. I really think this Argyll charmer is. The location could scarcely be more dramatic, set adrift on the southern fringes of the wild and wildly beautiful Kintyre Peninsula. A century ago the town was alive with dozens of whisky distilleries, its streets lined with grand merchant houses as trade and ferries ploughed back and forth across the Irish Sea, and even the Atlantic. The town did suffer hard days towards the end of the twentieth century when trade died away and at one point it looked like it may lose all its distilleries. Since then, though, it’s booming on the way back. Don’t just take my word for it – last year Campbeltown was named ‘Scotland’s most improved place’ in the SURF regeneration awards after 40 buildings were reborn with a £13m investment. 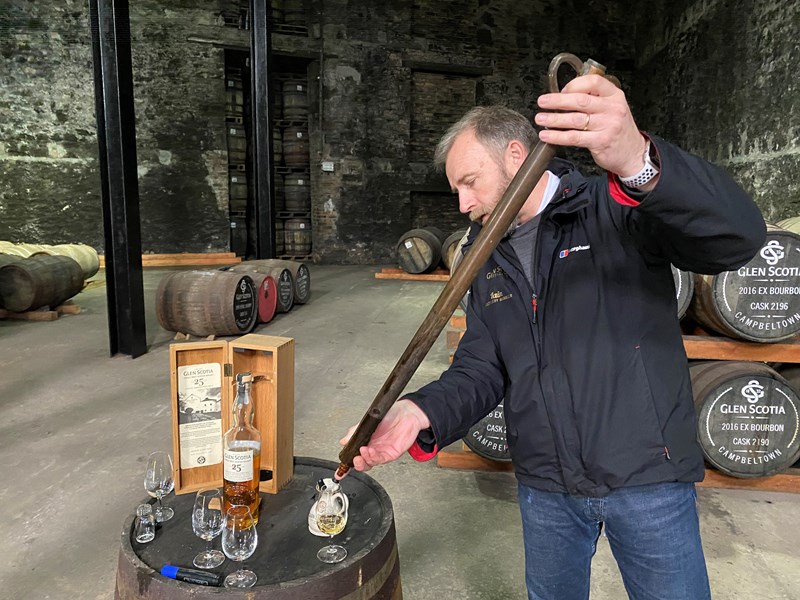 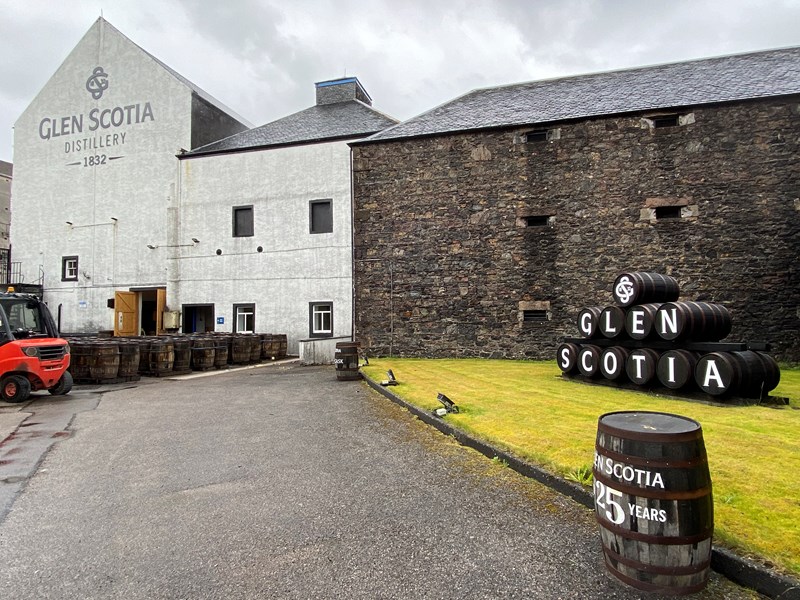 1. Whisky Galore! – Campbeltown whisky is truly unique – it even has its own regional denomination, the only town to have that in Scotland. There are now a trio of whisky distilleries. Springbank is the most famous name, a distillery that employs traditional methods in its distillation. Glen Scotia meanwhile is my favourite, an absolutely legendary distillery run by one of the best distillery managers in the business – Iain McAlister. No wonder one of its malts has been named the world’s finest. The third distillery is Glengyle, which closed in 1925, but re-opened in 2000. Take a whisky tour and use some of the money you’ve saved by staying at a hostel to snare a souvenir bottle. Look out too for Watt Whisky, a local whisky company who do great tastings. 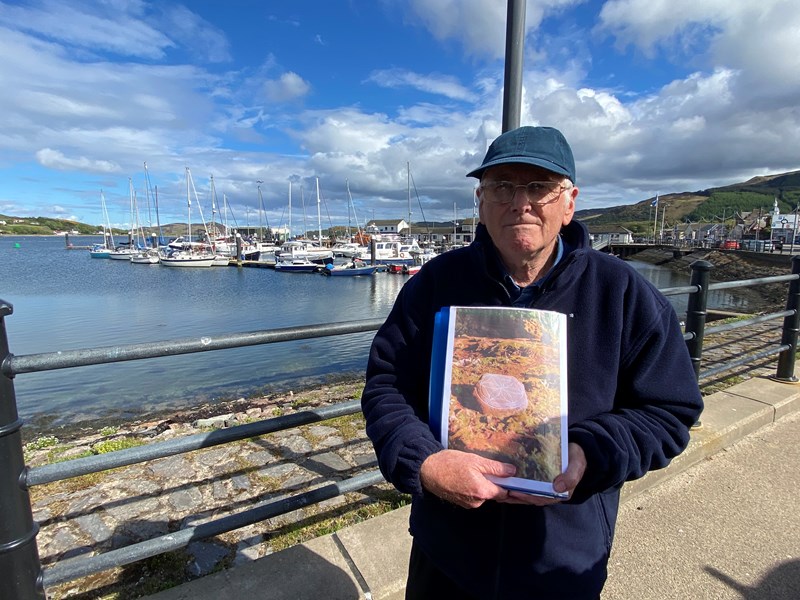 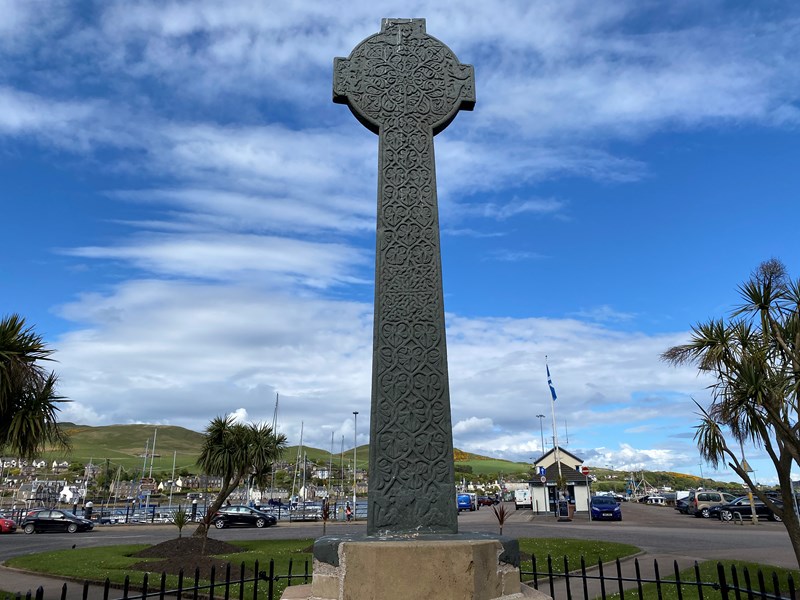 2. Campbeltown’s rich history – Strolling by those grand old merchant houses and the swathe of church spires that show how an important hub Campbeltown once was is a real joy. Head to the Campbeltown Museum, which really opens up the town and the surrounding peninsula. It’s got everything from a prehistoric stone axe head and Viking remnants, right through to an old Penny Farthing bike. I met a local guide who reckons the ancient Kingdom of Dalriada kicked off here, not at Kilmartin further to the north, which really turns the history of Argyll – and indeed Scotland – on its head. Alex McKinven, a Heritage Tour Guide, told me: “This is where the Scotti tribes came from Ireland to gain a foothold and set up the kingdom of Dalriada, which became Scotland”. Don’t miss the Campbeltown Cross too, a deeply dramatic 14th century wonder, considered the finest medieval Celtic cross in Argyll, which soars high above a roundabout in the middle of Campbeltown. 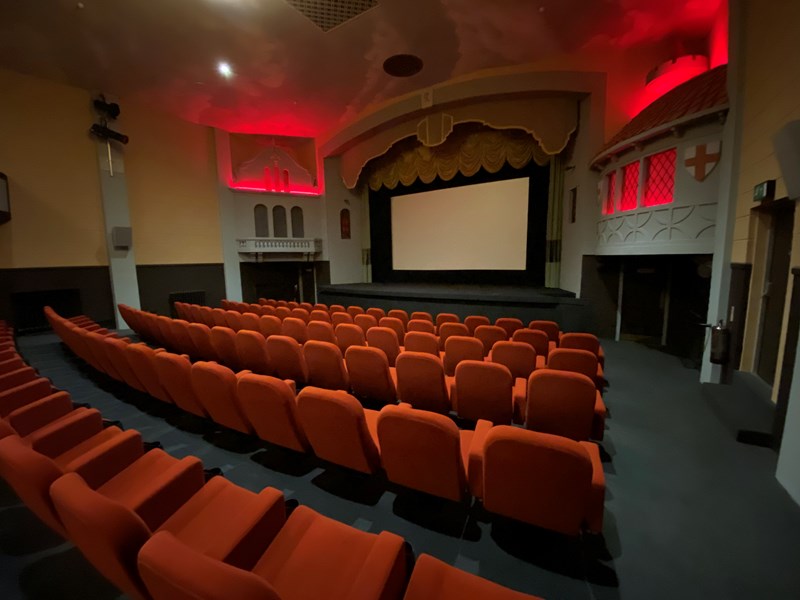 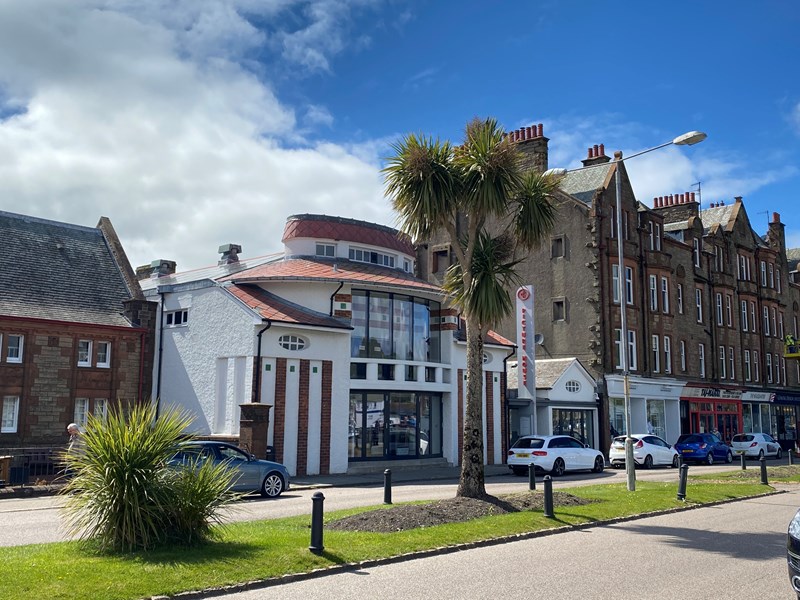 3. The Return of a legend – The Campbeltown Picture House is a testament to the sheer bloody mindedness of the town, a community who have managed to stop this 1913 art deco dame being turned into flats or bulldozed. And not just that, but revamp it too. It is the only remaining atmospheric theatre in Scotland – you stare up at the cloud-studded ‘sky’ that is crafted to make it feel like you are outdoors. The main hall is the place for mainstream movies, with the other screen showing more arthouse flicks. 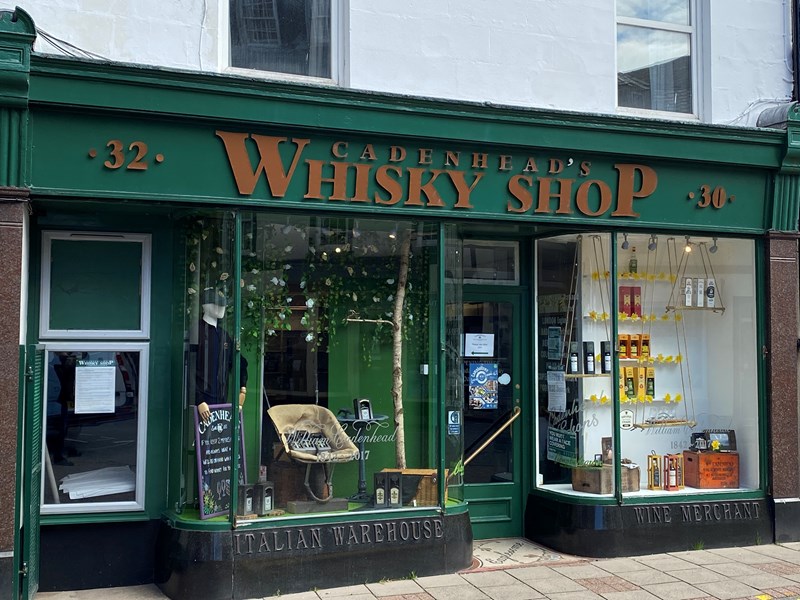 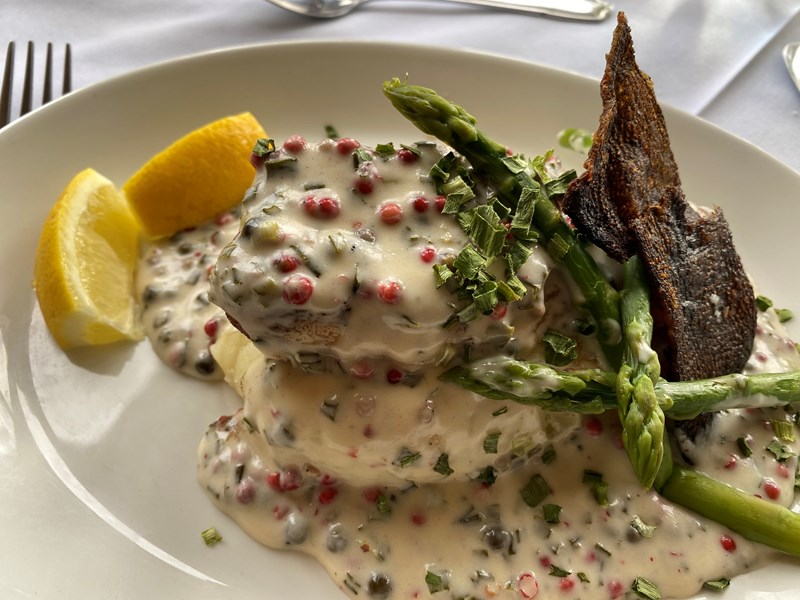 4. Great retail therapy – Wander the old streets and you’ll find independent shops and a great wee art gallery and craft shop right on the waterfront. I’m a fan too of Campbeltown Pottery. They’ve been conjuring up hand-made pottery since 1997. It’s a joy witnessing the potters’ wheel in action, before their creations are whisked off into the kiln. I’m also seriously impressed with Kintyre Larder- where they really focus on ultra-local produce. They actually thrived during Covid Lockdowns when people couldn’t go further afield and started to realise what great food they have right on their doorstep. We’re talking local meat, fish, eggs, mushrooms, chocolate, and condiments. Linda McLean, the owner told me about their Lockdown success: “People realised what we have locally. Why drive 200 miles to Glasgow when you can have hen-fresh eggs that look and taste great?” If it’s smoked fish you’re after, just down the road Kintyre Smokehouse has real pedigree, supporting the likes of Ascot and many a fine-dining restaurant. Their produce is superb. 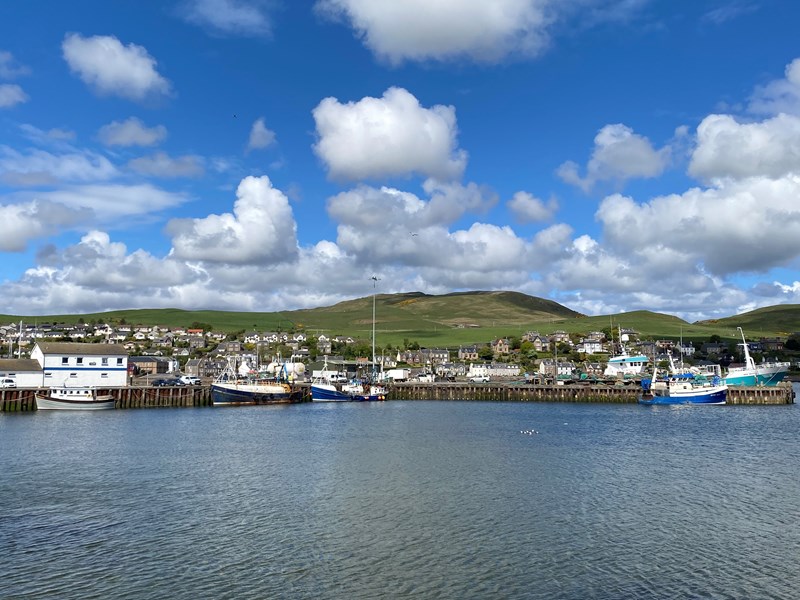 5. Mull of Kintyre Sea Adventures – There are many RIB operators dotted around Scotland, but this is one of my favourites as they are based right at the heart of the old Kingdom of Dalriada on the great aquatic waterways that have for thousands of years connected Scotland and Ireland. Forget the old doon the watter paddle steamers – here we’re talking bouncing across the surf past the tidal island of Davaar. You can head out off towards the Isle of Arran and the rocky outcrop of Ailsa Craig, with Ireland in the distance. En route all manner of seabirds fill the skies – look out too for porpoises, dolphins and even whales. 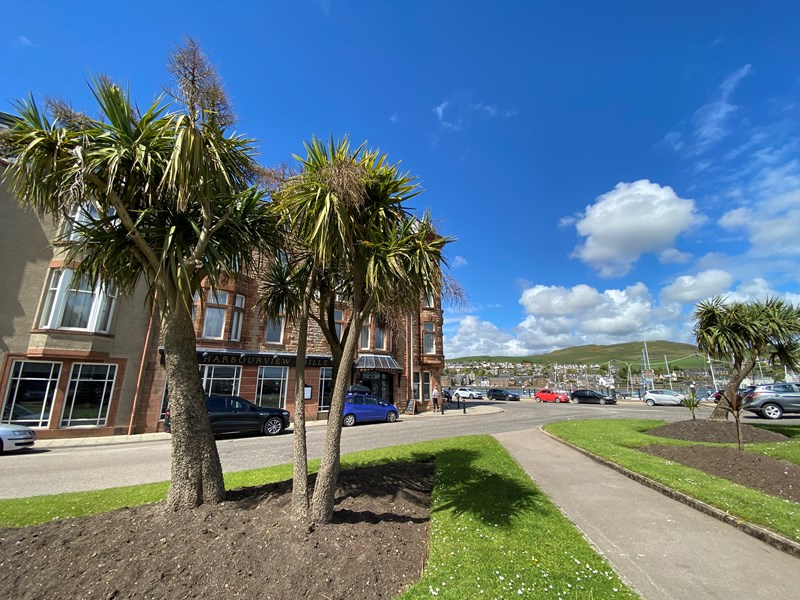 6. Get out in the wilds – Make sure to bring your boots so you can tackle a stretch of the legendary Kintyre Way. This is world-class walk that sweeps you along cliffs, beaches and coves, opening up a side of Kintyre most people never get to see. I also recommend vaulting up Beinn Ghuilean too, the town’s fantastic hill. It may only be 354m high, but it’s a test that takes about three hours to hike up. A network of walking trails crisscross its slopes and the views back to Campbeltown and over to the water are breathtaking. If you’ve got two wheels the cycling in southern Kintyre is brilliant too. 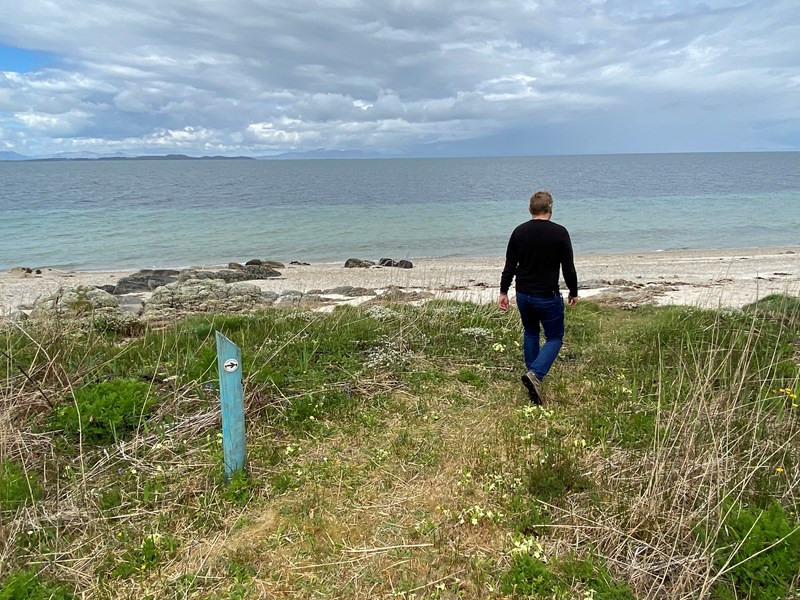 7. Take the Kintyre 66 – Scotland’s newest long distance driving route is the nation’s answer to Route 66. It’s much quieter than the North Coast 500 and for me up there with the scenery. You drive on the route south down the west coast towards Campbeltown under big skies gazing out over the Atlantic towards the islands of Jura and Gigha. Most people head back up the same road after visiting Campbeltown, but not you. You’re following the K66 back up the east coast along sinewy single track roads through the lovely wee village of Carradale and immense views of Arran rear up across the Kilbrannan Sound.

Campbeltown Backpackers Hostel is excellent low cost accommodation with 4 stars from Visit Scotland. The Hostel has every facility you need as a ba...
Read more >

Conveniently located on the A83 between Mid-Argyll and Kintyre and just minutes from the NCR78, Argyll Backpackers is an amazing purpose-built 'gre...
Read more > 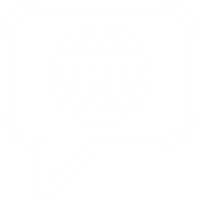 All the latest hostel news and travel inspiration at your fingertips!